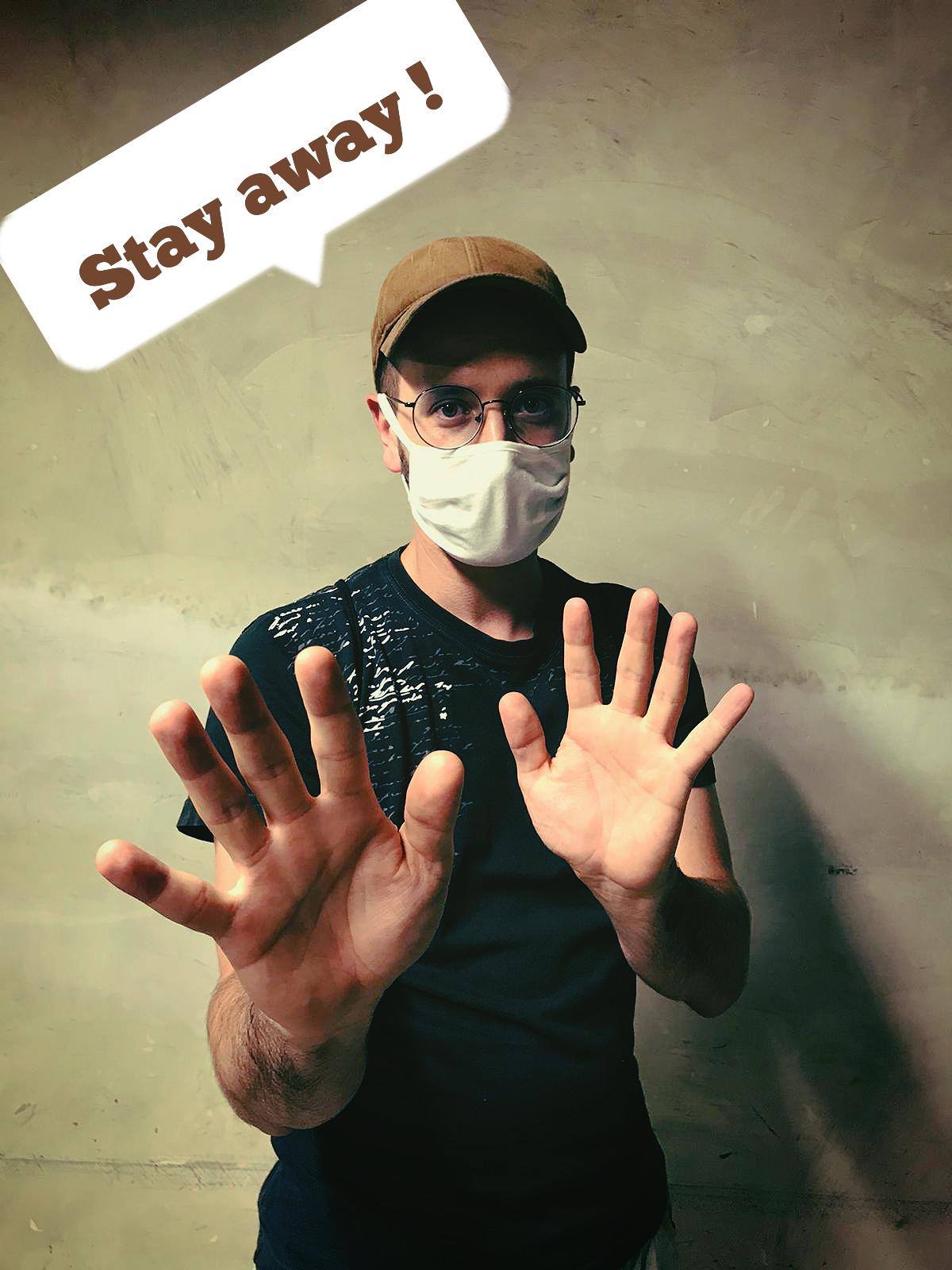 With the Coronavirus pandemic, the term “social distancing” has become very popular in recent weeks around the world. Physical contact has become very limited or even non-existent. No more handles, hugs, kisses … and the social distance that naturally existed between people has now grown in nowadays global health context. And this is a good thing for self-defense situations !

Distance in a self-defense context (and in martial arts in general) is a determining criterion for resolving situations of aggression. Rory Miller, an American expert in self-defense, talks about four truths : Assaults happen closer, faster, more suddenly, and with more power than most people believe. [1]

About the first truth, “closer”, this implies that the distance must be considered. Self-defense training must absolutely take into consideration this criterion in the management of an aggression. For example, in training, you have to practice scenarios where one simulates this kind of aggression very close, very sudden and where it is necessary to adopt a behavior, a posture, a hided guard to face to these complicated situations at best as possible.

Many books on self-defense deal with this pre-combat phase. People who are interested in this area regularly mention it. Bruce Lee already mentioned it in the 1960s [2] and more recently in French literature in Protegor [3] by Guillaume Morel and Riposter [4] by Michael Ilouz.

A coworker told me about a mishap that happened to her a few days ago. While driving her car, she had a slight collision with a scooter. As you would expect, these incidents are frequently sources of conflicts between road users and the tone can quickly rise, sometimes with violences which are often absurd, especially in Marseille !

The guy on the scooter started yelling at my coworker, reproaching himself threateningly without wearing a mask. Not out of self-defense, but out of fear of being infected with the virus, she forced him to keep his distance by saying to him in a firm tone :

The guy kept his distance and the situation cleared up without complications.

This situation reminded me of one of my Wing Chun classes which dates back to January of this year. I remember having joking with my students when I approached this notion of distance in one of my classes, focused that evening around the ritual of aggression and the pre-confrontation strategy to adopt, for the best of case, to avoid the confrontation, or at the worst case, to face it by putting the most luck on his side. The epidemic had not yet come out of Asia, but the media was beginning to talk a lot about it. That evening, when I mentioned tips to try to maintain the distance of a potential aggressor, I remember having simulated a cough with the raised arm and the open hand in direction of the aggressor by saying “Stay away, I’m sick !”.

Keith Kernspecht, a German expert in Wing Chun and self-defense, is one of the first to discuss the different phases of the aggressor’s ritual leading to an attack in a street situation. In his bestseller Blitzdefense [5] published in 2000, he specifies four phases which are:

Rory Miller has also brought to light a process of functioning of an aggression which he calls the Monkey Dance  [6]. This process takes the form of a ritual of domination and approach to the aggressor through several very specific successive stages. The steps described by Rory Miller are identical to those of Keith Kernspecht, with however an additional step ; physical rapprochement. These five steps are :

In this ritual of domination, the vigilant and experienced self-defense practitioner will certainly recognize soon enough the potential aggressor with the first two stages ; visual and verbal contact. During the Close the distance phase, care must be taken to limit the aggressor’s progress as much as possible and keep a distance long enough to prevent potential aggression. Easier said than done, I agree, nevertheless you have to trust your instinct and “whenever there is any doubt, there is no doubt” ; we have to try to take control of the situation, rather than hoping that everything will go well.

The current health context gives an advantage on this criterion of the distance. Since the current global standard is to maintain this famous social distance, to stay at least 3 feet (1 meter) as recommended by the WHO, this is the case in France, but sometimes more with a minimum distance of 6 feet (2 meters) in Italy, Spain and the United States. Even if lately, in Marseille in any case, many people already seem to have forgotten this rule of social distancing and the Coronavirus guidance. 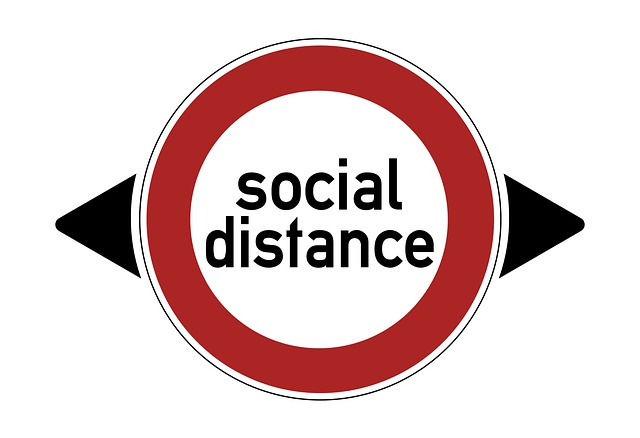 Why is it so important to keep your distance when there is a threat ?

Time and distance are intimately linked. We lose enough time when an attacker suddenly pounces on us with speed. Having a distance between ourselves and the aggressor allows us to gain precious time to observe what is happening and act accordingly. The OODA loop can help us understand the process of defensive response in the area of ​​self-defense.

In 1960, Colonel John Boyd of the U.S. Air Force defined the OODA loop [7] which has become a standard for combative decision making. Boyd designs four processes ; observe, orient, decide and act. This model has been taken up in several other fields, including that of self-defense.

Briefly, the recurring OODA loop is  :

In the context of self-defense, take as an example an attacker who suddenly throws a punch in the head of a victim ; the attack (the action) takes place at the end of the OODA loop of the attacker. At this very moment, the defender (the victim) begins his OODA loop by observing the attack which comes on him. So the defender is at the start of his OODA loop. He must go through the four processes (observe, orient, decide and act) to attempt a maneuver to defend, in one way or another, the attack. In summary, at short distance (around 3 feet), the defender’s reaction time is too long compared to the aggressor’s attack. Therefore, it is imperative to put distance between oneself and the aggressor. For more details about this, I recommend reading Riposter by Michael Illouz [8].

I also suggest you watch this video from the Karate Bushido youtube channel, where Michael Illouz explains the OODA loop and discusses the concept of the kinesphere (concept also presented in Riposter [9]).

The kinesphere is a concept theorized by Rudolf Laban, a Hungarian dancer and choreographer of ballet. The kinesphere can be defined as the space delimited by the more or less complete extension of the arms and legs, which creates different sizes of kinesphere, in all directions, without shifting of the support point [10].

If we transpose this concept to combat between two people, it designates the reachable space by strikes exercised with its members, and also, the space exposed to the strikes of the opponent  [9].

Finally, this concept of distance will no doubt remind Japanese martial artists of the concept of Ma-ai 間 合. This notion is defined as being the space-time (Ma) separating two fighters during a break in the confrontation with maintaining of gaze and search for harmony (Ai) between them. To be more precise, the Ma is a concept integrating both notion of physical interval and temporal space which can exist between two entities, two movements or two instants [11].

In summary and conclusion

Social distancing is a good strategy to fight both covid-19 and thugs. Therefore, it is a part of an overall strategy to be adopted to prevent a street aggression. For this, it is of course necessary to spot the signals, to trust your instinct. If a bad situation arises, avoid confrontation as much as possible by moving away or by keeping distance and trying to calm down the situation by language. Speaking will always be preferable to fighting … but if things go wrong, martial art is there !

Gaining distance saves time. Therefore, this distance is decisive to be able to establish, if necessary, the first contact with the aggressor in the most effective way possible. This contact depends of course on the type of attack launched by the aggressor and the techniques used by your martial art or defense system (blocking, control, grabbing, counter-punch, intercepting-punch …).

This concept of contact is important in southern chinese martial arts, it is calling kiu 橋 ; “the bridge”. We must understand this “bridge” as a contact which links the opponent’s arms with one of our arms. In Wing Chun this concept is particularly trained in the second form Chum Kiu 尋 橋, literally “seeking the bridge”. The practitioner of Wing Chun must learn there to seek “a bridge” between him and his opponent [12]. This same concept is also found in the Hung Gar of the Wong Fei Hung lineage ; Sap Yi Ji Kiu 十二 支 橋 ; “the 12 bridges”.

I hope I can develop this concept further in another post. Until then, keep your distance ! 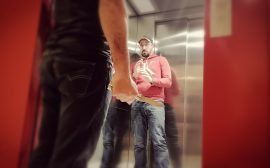 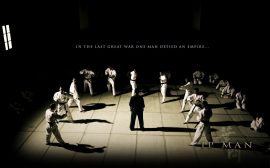