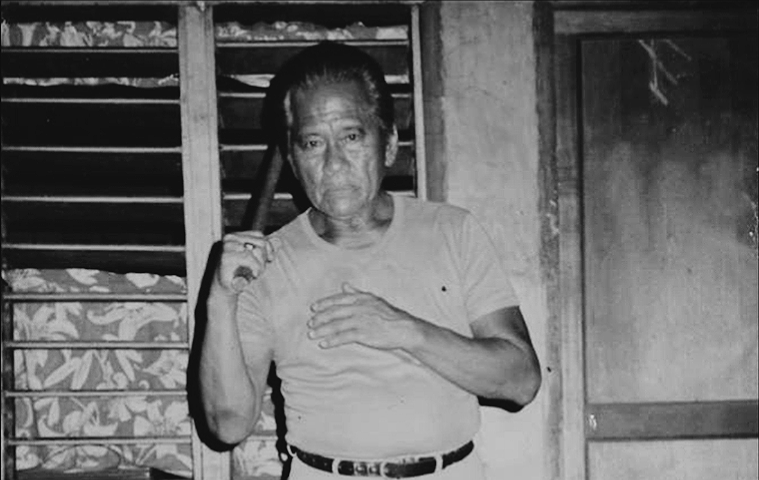 I am proud to present this post about Combate Eskrima Maranga and its founder Timoteo “Timor” Maranga. This post is positioned after that of a brief history of Eskrima in Cebu and that of Venancio Anciong Bacon : the founder of Balintawak Eskrima. I suggest you to read these two posts, before reading this one, to properly situate the context.

I have been practicing Combate Eskrima Maranga since 2012 with Maestro Rodrigo Maranga and I deeply love this martial art. As a martial arts practitioner, it allowed me to flourish in the practice of weapons. I hope this post can promote this wonderful Filipino Martial Art and at the same time pay tribute to its creator, Timoteo Maranga, as well as his family.

Timoteo Maranga was born in 1919. He grew up in the neighborhood of Santa Rosa on the island of Olando, a small island located between the island of Cebu and the island of Bohol, in the center of the Visayas archipelago [1]. He was initiated into Eskrima at an early age, at age 7, practicing with his father Gregorio Maranga an obscure style called Demarina. [1] [2] [4]

Later, his experience in Eskrima was greatly enriched when he began to travel all over the Philippines as part of his work. This allowed him to learn several styles like Decadena, Literada, Sumbrada, Sungkiti, Florete, Batanguena … from several Masters of Filipino Martial Arts, among them : Emilio Tado, Faustino Tanio, Rogelio Ortiz, Emo Sagarino, Dalmacio Salinguhay and Tatang Ilustrisimo. [1] [2] [4] [5] [6] 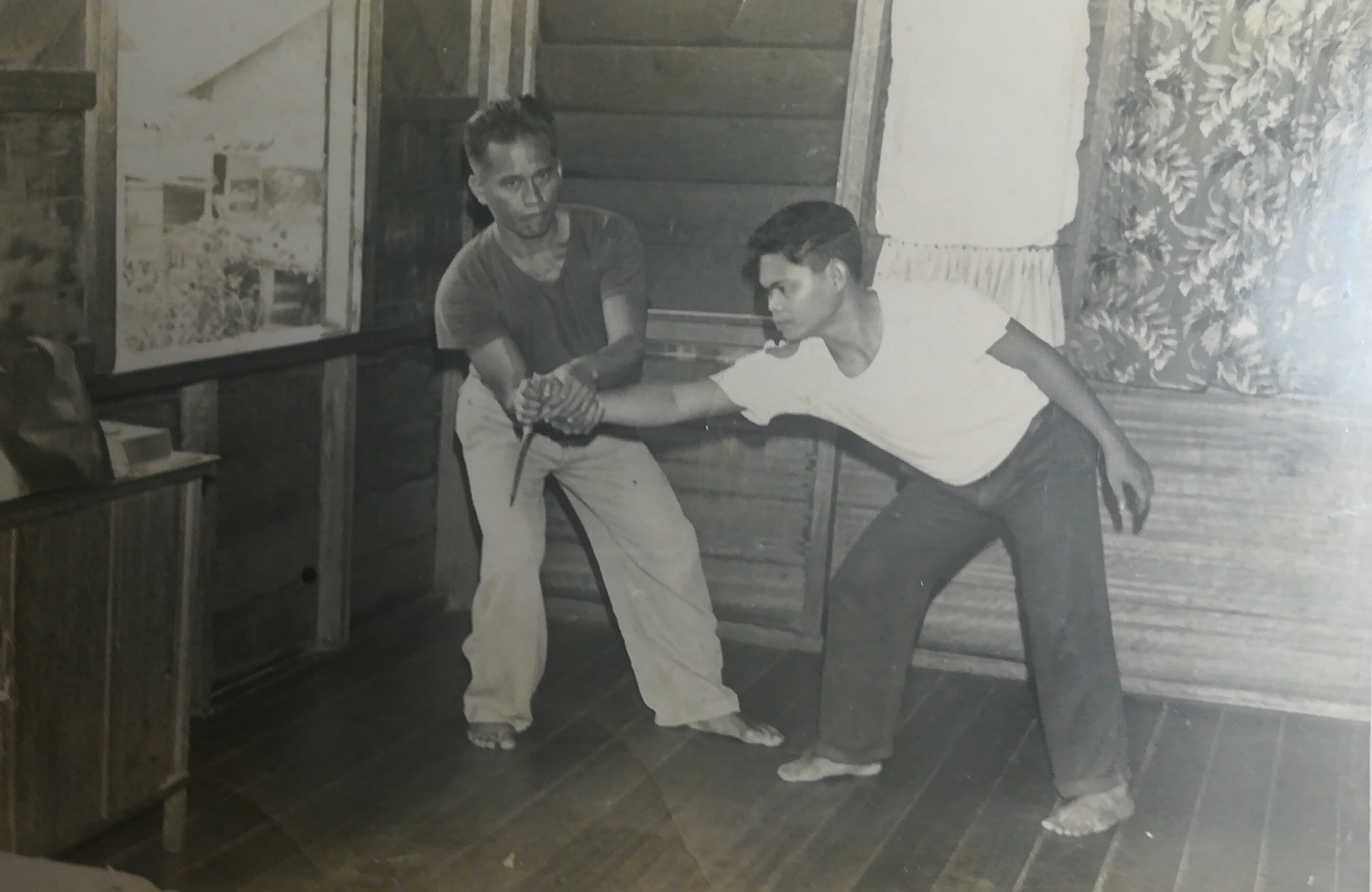 Then, Timoteo Maranga moved to Cebu City. There he met Eslao Romo, a well-known eskrimador from Pasil, as well as other great eskrimadors of the time, among others, Teodoro “Doring” Saavedra and Lorenzo “Ensong” Saavedra, two of the 12 founders of Doce Pares. [1]

During the World War II, Timoteo Maranga, participated in the fights against the Japanese within the legendary Bolo Battalion [1], like many eskrimadors of his time. Although firearms were primarily used in combat, the Philippine Forces sometimes used their bolo (a filipino machete) in close-combat against Japanese soldiers, and did the same with their saber.

After the War, Timoteo Maranga’s Eskrima took a different way when he met Venancio “Anciong” Bacon, through his aunt’s husband, Dading Melchades [2]. This meeting profoundly changed the Eskrima of Timoteo Maranga, who had until then been unsatisfied with the styles he had practiced. [8]

In 1952, Venancio “Anciong” Bacon left the Doce Pares and founded the Balintawak Self Defense Club. Supported by Delfin Lopez and Timoteo Maranga, together they were the 3 pillars of Balintawak Eskrima. Timoteo Maranga practiced with many eskrimadors like Atty. Jose Villasin, Johnny Chiuten, Vicente Atillo, Jose “Joego” Millan and Rodolfo Mongcal. [2]

The creation of the Balintawak Self Defense Club in 1952 marked the beginning of a great rivalry between the various Eskrimadors of Cebu and culminated in years of violent confrontation. The practitioners of Doce Pares and Balintawak particularly clashed in duels, without any rules or protections ; named Juego Todo. It was during this turbulent period, until the end of the 1960s, now known as the golden age of Eskrima, that many eskrimadors of Balintawak Eskrima such as Timoteo Maranga, Atty Jose Villasin, Teodor Buot, Teofilo Velez and Anciong Bacon, have gained considerable experience in real combat. [5]  [9]  [10]  [11]

Timoteo Maranga also served the Cebu City Police Force, primarily in the Pasil neighborhood. Rodrigo Maranga, his son, told that one day he tried to ease the tension between two guys who wanted to fight with their bolo at Fish Carbon Market (Pasil). One of the two guys was really pissed off and he tested it in combat … here is one anecdote among many that testifies to Timoteo Maranga’s experience as an eskrimador in real combat. [1]  [8]

“When we hold our stick, there are only two purposes : to defend ourself and to attack our opponent. No more, nor less.” Timoteo Maranga [8]

Drawing on his experience and research in the art of the stick fighting, but also in other martial arts such as Judo, Jiujitsu, Boxing or Wrestling, Timoteo Maranga created his own system in 1975  [15]  [16] . He named his art Tres Personas Eskrima de Combate Super Kuwentada System. “Tres Personas” was in reference to the Holy Trinity ; God the Father, God the Son and the Holy Spirit, and also, to the experts behind his system ; Anciong Bacon, Delfin Lopez and Timoteo Maranga [3] [4] . “Eskrima de Combate” specified that this system is made to fight. “Super Kuentada (or Cuentada)” pointed out that the Cuentada principle was of a higher level than what had been practiced until then.

Cuentada is one of the great fighting principles of Balintawak Eskrima. It is a Spanish word which means to count, to calculate. In the context of a fight, it could be translated as counter. This principle is based on the postulate that each movement has a counter, and that each counter has a counter in turn, etc… Each movement is therefore carried out by unconsciously anticipating the opponent’s response. [12]  [13]  [14]

During the golden age of Eskrima, Anciong Bacon, the Master of Timoteo Maranga, was one of Cebu’s most feared eskrimadors. He was known to have won numerous single combat duels. He was also imprisoned for having killed an opponent in a duel. In prison, GM Anciong Bacon has never stopped innovating and improving his Balintawak Eskrima. When he was released in the mid-1970s, Bacon had altered his art and he now called it Cuentada. Very few took it seriously, except Timoteo Maranga and Jose “Joego” Milan [17]. Eventually, Timoteo Maranga named his own system as Super Cuentada  [1] [7]. Rodrigo Maranga remembered Anciong Bacon’s words about his father’s system :

“Everything I know, I passed it on to your father, Timor, but what your father knows, I myself do not know…” Anciong Bacon

In Balintawak Eskrima the emphasis was only on close range. However, with his experience as an eskrimador repeatedly tested in street fighting, Timoteo Maranga also developed techniques for the long range. [8]

“There is no fight going close range directly, the fight is always start with long range. If you don’t have the long range, your system is locking. That’s why my father developed the long range.” Rodrigo Maranga [8]

Timoteo Maranga’s teaching method was unique to him. He didn’t have a specific program. He taught the basics and then progressed to higher techniques. Rather than teaching groups of students, he preferred to teach individually, in private lessons. [2]

Few have been able to receive the teaching of GM Maranga, among them Remy Presas, the founder of Modern Arnis who had a famous career in the United States from the 1970s. [2] [4]

Tres Personas Eskrima de Combate Super Kuwentada System remained secret for several years, with Timoteo Maranga teaching only a few. After his death in 1988, his son Rodrigo “Drigo” Maranga became the leader of this martial art. In 1998, Maestro Drigo and his son, Roderick “Rico” Maranga, decided to unveil their family combat system to the public. Tres Personas was simplified in CEM, Combate Eskrima Maranga from 2000. [2] 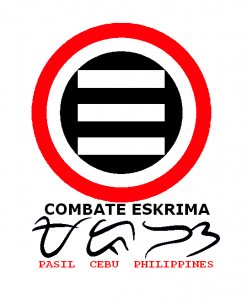 The CEM logo has three lines that symbolize the Trinity, in reference to the old name of the system ; Tres Personas. White represents purity and serenity. The white circle is filled with black meaning some pure is blot out with dark, but the white circle want also to be united every person of this clan. Red symbolizes the blood of the Maranga ; isug (which means brave in Cebuano), the natural born leaders of the CEM. Under the logo, it is written Combate Eskrima in the Latin alphabet, followed by MA-RAN-GA written in alibata or baybayin, the indigenous script of the Philippines. Finally, the last line indicates the locality where this system was created, in the district of Pasil, Cebu City, in the Philippines. [18]

In line with the teachings of Timor, the CEM wants to be very combative. It is S.E.E.D. This means Short (in every application), Effective (moves), Economical (in actions) and Direct (in every attack and application). [2]

The main concepts and principles of this system are [2] :

The Combate Eskrima Maranga uses the simple stick, the dagger, the long sword (pinuti). Timoteo Maranga did not teach double sticks for combat but only for warming up and coordinating limbs. The use of double sticks is a form of dance in Eskrima whose origin is an indigenous dance called sakuting and sinawali. [2]

The Combate Eskrima Maranga also differs from the Balintawak Eskrima by the use of long range techniques. The Balintawak is a close range system only. Still, knowing both long and short distances is really important because a fight always starts at long range and can end at short range. [2]

In summary, the Combate Eskrima Maranga is an effective and realistic self-defense system. It uses long and short range techniques. Aside from the blows with the weapon, attacks are also made by the rest of the body ; foot, fist, elbow, head … an additional feature of the CEM is the training in multiple disarmament which often allows to gain control of the situation without seriously injuring the opponent. The Combate Eskrima Maranga can be complementary for a practitioner of hand-to-hand martial arts wanting to diversify with the weapons practice.

This has also been my journey. First, practitioner of Wing Chun, an unarmed self-defense system, and then later, practitioner of Eskrima. In addition, the CEM presents principles and concepts quite similar to Wing Chun, which makes this system very useful for Wing Chun practitioners. I often joke with my students telling them that if GM Ip Man had wielded the stick or the machete, it certainly would have looked like the Combate Eskrima Maranga.

I am particularly proud to practice this wonderful martial art and I give my best to pass it on to my students, faithful to the teachings I have received from the Maranga family. 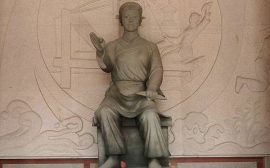 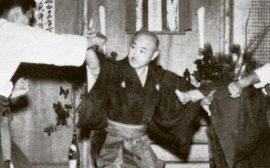